1938 - Born in Woodford Green Essex, the second of three children.

1961 - First job as a designer for an advertising agency that specialised in technical / industrial clients.

1964 - Went freelance as a designer working for companies such as Ford Motors; from trucks to F1 cars, Alcan Aluminium, Kodak, The Observer Newspaper and  BBC tv.

1971 - Moved from Blackheath, London to the Essex Suffolk border.

Rupert then spent two years converting an 18th century four-storey clapboard water mill into a house and the stable block into a graphics studio which still runs today. Having been involved in print, with catalogues and brochures, it was a simple step to take on books. This began in the 80s when Rupert, and his then partner, produced an illustrated worldwide bestseller on freshwater fish. He was approached by the Henson Organisation to design and edit illustrated books to publicise their feature film; The Dark Crystal. This was followed by work for publishers in the UK and the USA. The studio itself has published books with diverse subjects, ranging from classic cars and antique collections to contemporary artists and specialist creators.

Since he handed the reins for running the studio to his son Oli, Rupert devotes half his time to designing and editing large format, low volume ‘coffee table’ books and the other half to painting on paper and canvas. He can’t say which he prefers.

How do you decide what you are going to paint?

Ideas for landscape and still life intermingle. I have, perhaps, four or five ideas on the go at any one time mostly envisaged on the morning walks. Maybe each with a gestation of period of weeks, or even longer.

Where do you paint?

I seldom paint ‘en plein-air’; there are too many distractions. The studio is the workplace where I can lay my hands on anything that will help the work – from scribble to spatula. I learn a lot from the ever-changing river scene out of the studio window.

What do you enjoy painting?

I like the variety of painting in different media and styles; something not usually practised by most artists who prefer to work to their established (and recognisable) form. Galleries tend to prefer this for obvious reasons. I like the nice surprises you get from unintended effects and different surfaces.

Do you have a favourite painting?

No. I tend to rework (sometimes more than once) ones I am unhappy with.

Have your paintings changed over the years?

The more I paint landscapes the more they tend towards a more abstract approach and the more they are guided by visual memory and imagination. Still lifes are a different kettle of fish; I now see the opportunity of adding an expression of what appeals to the intellect as well as the emotion.

Is there a favourite subject among the people who buy your work?

I never cease to be surprised at the variety of choice of those who buy my work. At any exhibition the first painting to sell is very often the one that I thought the least likely. The converse is also true.

Do you intend to exhibit this year?

Most paintings sell direct from the studio but I’ve got a couple of shows in the pipeline. 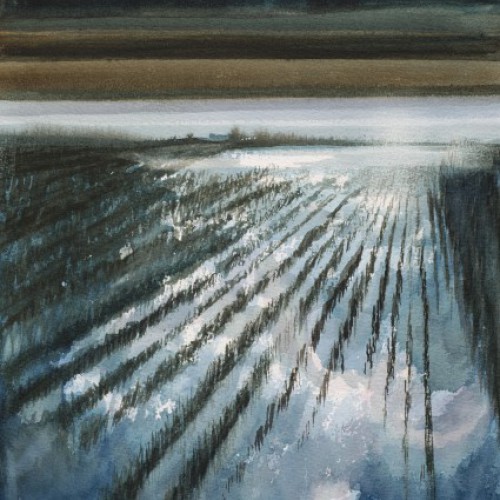 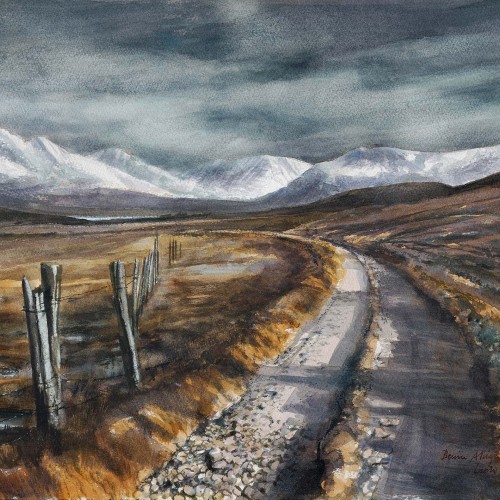 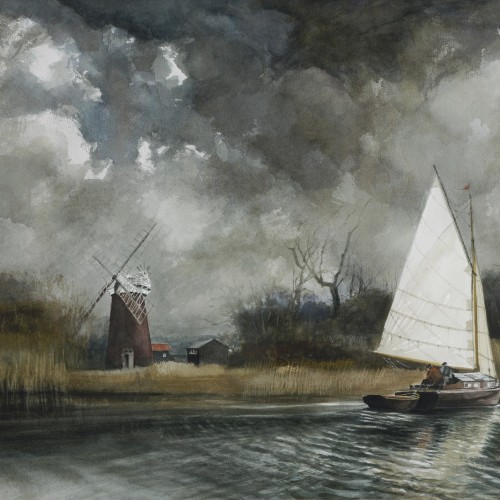 Rupert Brown use cookies to make the site run smoothly and to power functions. We also store anonymised information on how you use our site in order to improve your experience. These cookies are safe and secure and will never contain any sensitive information. Find out more about how we use cookies